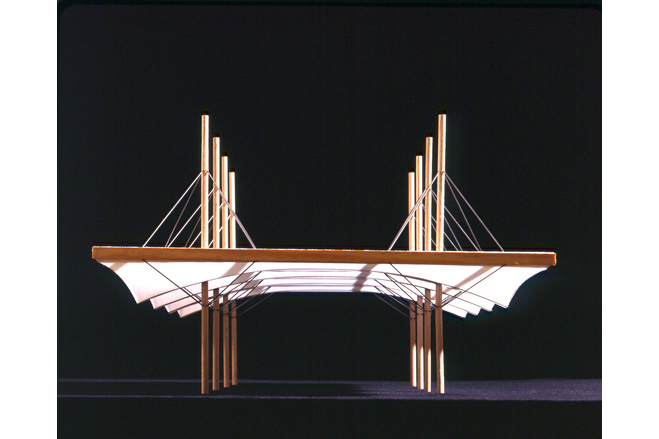 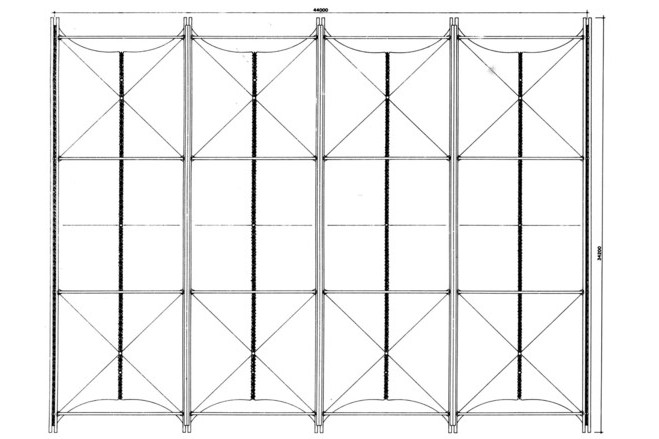 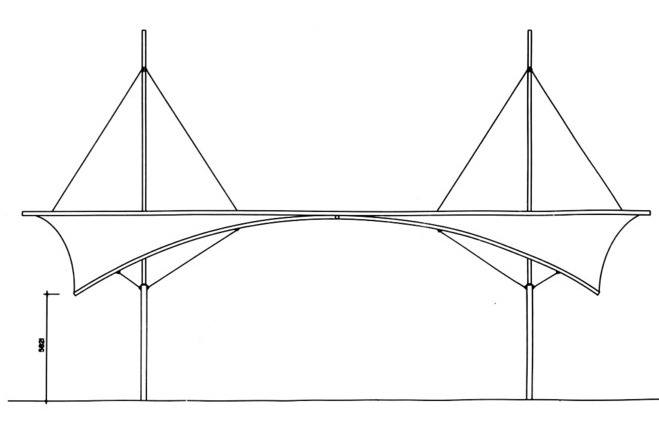 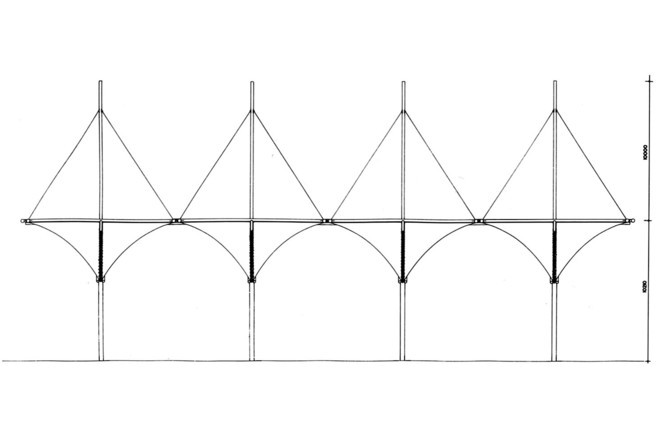 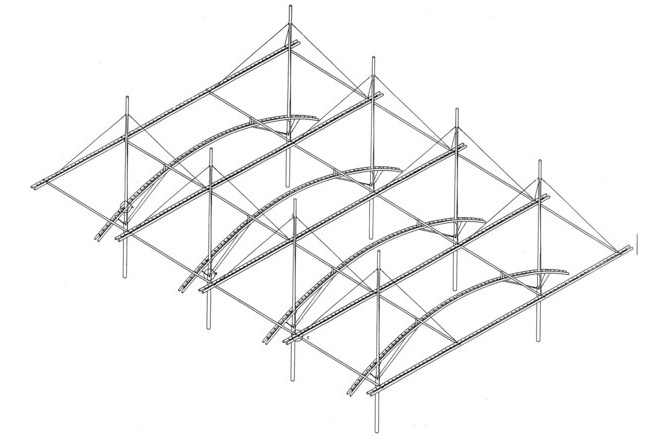 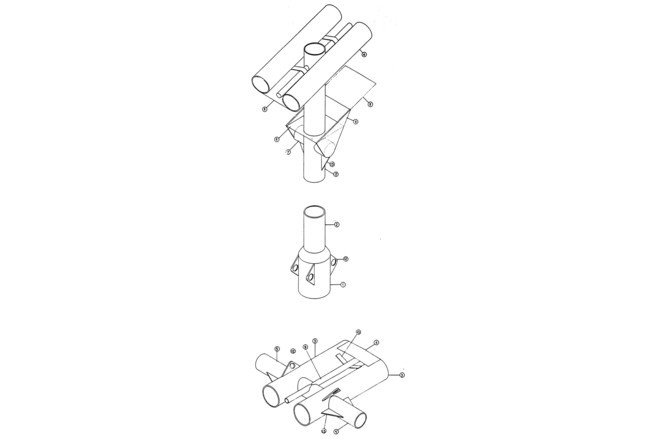 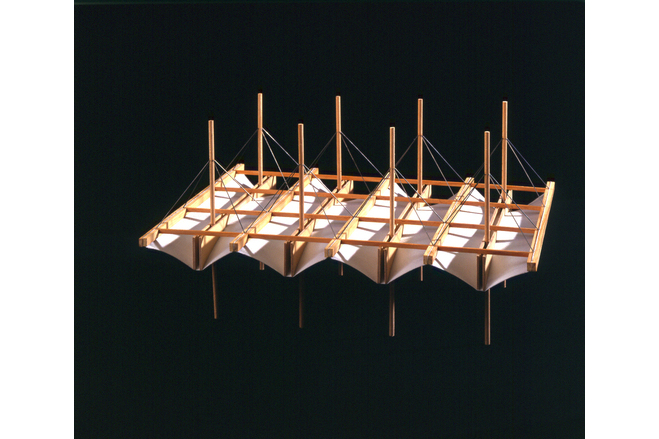 The construction of a large covering in an urban setting presents problems of scale and continuity. Disproportion in the volume to be built can come to compete with a church, castle, palace or other significant elements pertaining to the city’s image or profile. On the other hand, a lateral enclosure 7/10m high by 20/40m long represents an interruption of visual continuity, which the urban fabric does not allow to be softened or absorbed.
Sant Esteve Sesrovires (19km2, 4.500 inhabitants, 42km from Barcelona) is a low population density town whose most significant volume is the church. A sport pavilion is envisaged, but the construction of a large covering near the centre would disturb the urban configuration of the town. This is why the design of the sport pavilion opted for a lightweight structure, openness, continuity, omitting lateral closings, avoiding vertical planes and the box effect.
The structure consists of four modules formed by double CHS beams and arches. The beams arte the ridges and define the upper plane of the roof, while the arches are the valleys. They generate double curvature of the surface, enhance drainage and frame the interior space. They are supported by eight masts, fixed (not hinged) in the foundation to provide stability. Sections are reduced by doubling the tubes connected through plates forming lattice beams and arches. In addition, spans are shortened by ties going downwards or upwards from the masts to resist snow load and wind suction.
The roof is a PVC coated membrane divided into eight strips to facilitate installation and maintenance. Since it is structural, secondary beams or purlins are not necessary and so the quantity of structural steel is considerably reduced. Edge details are adopted according to the situation in the panel. Lateral edges are flexible and collect the forces from the membrane in a curved line. Ridges and valleys are laced to auxiliary Ø50x5 CHS with polyester cord. Fastening with rope is time consuming but it enables tensioning in stages of tightening and loosening the laces. Auxiliary devices and jacks are not needed.
The combination of lightness provided by the optimized steel structure, the translucency of the membrane, its curved forms, lack of visual interruptions and massive volume will integrate de sport hall into the urban context.

Material of the cover